The term “appendix carry” is a newer term for this same carrying style, referring to the way your holster rests against your abdomen, around the general location of your appendix. Generally, this position is used with an IWB holster to aid in concealment — often referred to as AIWB.

This position (appendix) eliminates the need to reach around your waist, clear your shirt or jacket, and hope you grab the gun the right way for the draw. Faster out of the holster means faster on target.

Appendix is also popular with fashion-conscious women who have a hard time finding clothes that allow strong side carry. It’s easy to hide an appendix rig under a blouse or sweater, and because women are shaped different from men, they have less issue with the leg gouging drawbacks of a gun in front.

it is beneficial to those who choose to wear body armor as part of their EDC. Generally, you want to present a smaller target to an attacker. The easiest way to do this is by rotating your torso. However, body armor is generally weakest on the sides of the vest. Therefore, drawing from appendix carry keeps your chest (structurally strongest part of bullet proof vest) facing your target.

The biggest drawback for many is that appendix carry can be dangerous because gun owners are more likely to shoot themselves if they are inexperienced. Accidents usually happen when re-holstering. Gun owners’ cover garments can get ‘tied up’ within their guns’ trigger guard causing negligent discharges

Because of the firearm’s position, appendix carrying gun owners risk shooting themselves in the groin area or femoral artery if they are not trained well and/or when they are involved in a stressful situation. Some concealed carriers dislike appendix carry because it might be uncomfortable and even hurt. Everyone’s body is different, so the only way you will know if appendix carry works for you is to try it out for a day or two. When people complain about the lack of comfort, it usually revolves around the holster digging into one’s appendix and/or abdomen, especially when bending over or crouching.

If you do decide to appendix carry, make sure you get the right appendix holster, like Cytac K-Master Claw Combo Holster.

Some of the holsters highlights include: 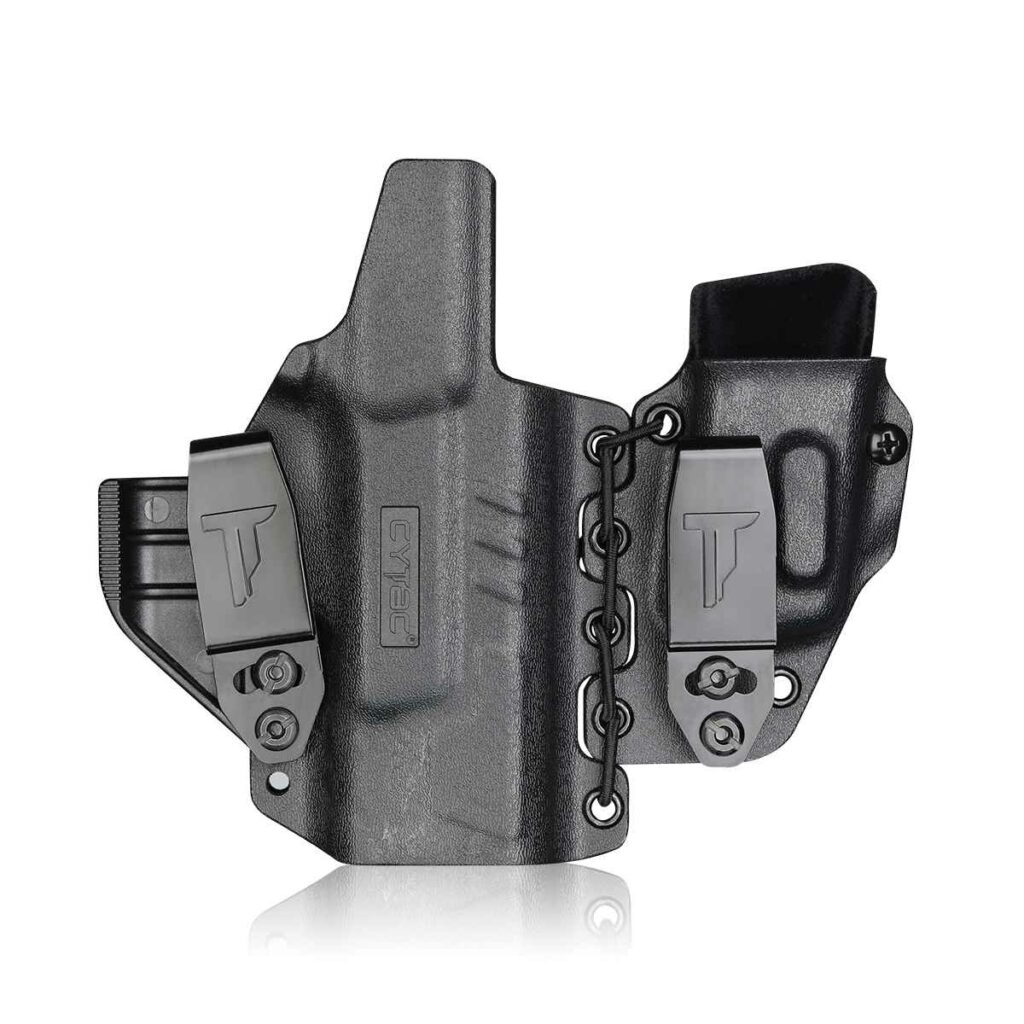 Conclusion: The appendix carry position is not the only way to carry concealed. Some people like it, some people don’t. Your carry style, body type, and type of handgun all factor into whether the appendix.